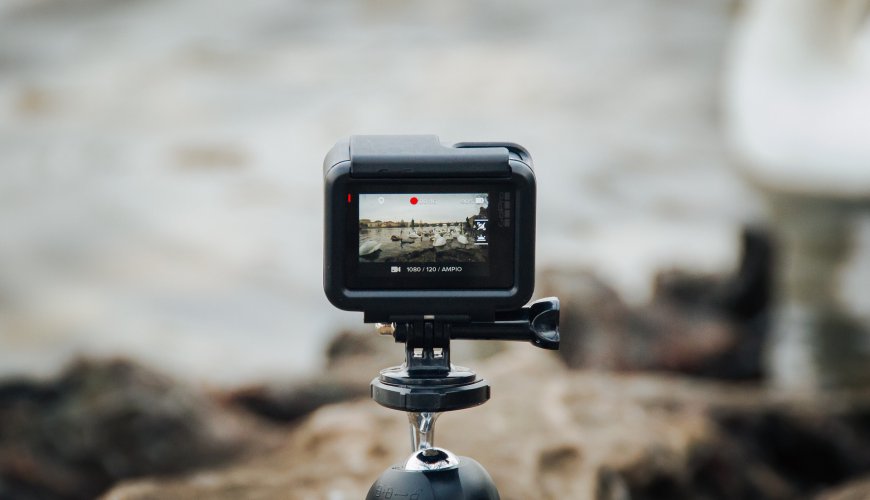 GoPro's betting on spherical cameras. The novelty is the possibility of making 360-degree films and framing an already finished film

Today's sports cameras offer the ability to record in 4K quality with image stabilization or live broadcast. New are spherical cameras, which allow to record video and sound in 360 degrees system. You can shoot with sports cameras on land, in the air or under water, at depths up to 60 metres. GoPro predicts that the spherical camera segment will develop fastest, unlike drones. Their wider use for photographing and filming requires changes in legal regulations.

- A dome camera is a camera that records everything that happens around us. We don't have to focus on framing, framing happens right after the recording. We pull out the phone and frame everything that was recorded around us. Just a few years ago, in order to record ourselves on a skateboard, snowboarding or skiing, being a professional, we needed a second person who would drive next to us and hold the camera. At this point we need only one spherical camera, we don't have to focus on framing this camera, on whether it covers us at the moment - says Artur Jędrzejak from GoPro in an interview with Newseria Innowacje news agency.

The GoPro Fusion camera, which debuted on the market in April 2018, offers 360-degree image recording. The device records 5.2K resolution video at 30 frames per second. With 3K resolution, you can get 60 frames per second and achieve a slow motion effect. The camera is waterproof (up to 5 m) and can be operated with voice commands. The OverCapture function allows you to get straightened out from any shot recorded in 360 degrees.

The Garmin VIRB 360 camera also provides a similar way of capturing video with up to 5.6K resolution using two 12-megapixel sensors. This is also accompanied by sound recording within 360 degrees. Similar parameters are achieved by Ricoh Theta V. The Samsung Gear 360 camera is equipped with f2.0 lenses with 15 Mpix sensors. Spherical recordings are recorded on it at 3840 x 1920 pixel resolution. If necessary, the user can switch off one of the lenses.

The ability to record images spherically, i.e. within 360 degrees, is not the only trend in the sports camera market. Budget solutions created for amateurs are becoming more and more popular.

- A budget camera is for people who are not so advanced, who do not necessarily know how to mount, on technical parameters. This camera is supposed to record well in HD quality, it is supposed to have quickstories, i.e. the function of automatic video creation on our smartphone - says Artur Jędrzejak.

A certain stagnation can be observed on the market of drones used for photographic purposes. While professionals are still willing to use such solutions, e.g. for mass events, amateurs have a difficult task. Without special permits, it is illegal to film from drones in most places. Therefore, this segment will tend to be more oriented towards solutions that combine multiple devices in one.

- The number of drone regulations and flight bans in tourist destinations are unlikely to make this market grow, rather we will seek other solutions. Karma is a combination of several things. This is a camera accessory, we can take the gimbal out of the drone, put it into Karma Grip, i.e. the handle with the battery, record on the ground, take out the camera, put it in the chest or on the head. We're still rotating in one ecosystem," explains the expert.

The Market Research Future report shows that the global stock market will grow at an average annual rate of about 14% until it reaches 7.64 billion USD in 2023. The development of the market will be supported by growth trends in tourism and sport.