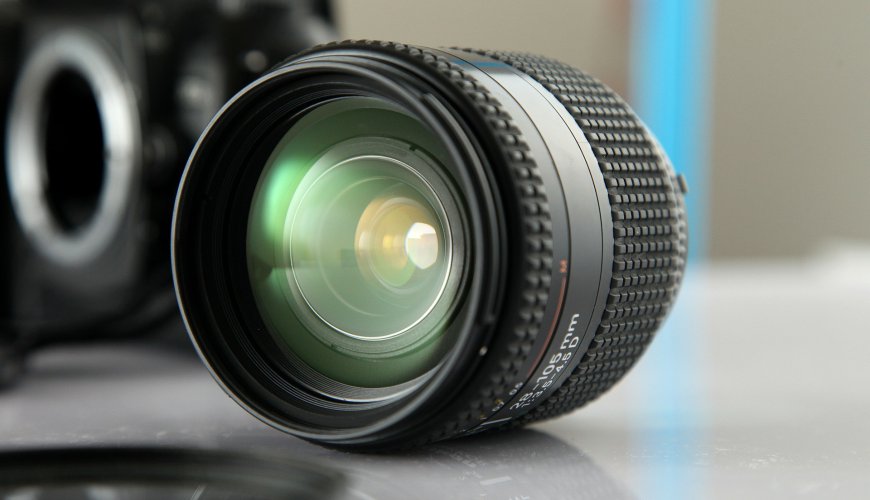 Modern lenses increasingly resemble computers. It is not only the optics that determine the quality of images, but also the software.

The development of digital photography takes place in directions that only a few years ago would have seemed not only impossible, but even absurd. One of them is the changes that take place in lenses to modern cameras. Improvements are increasingly less and less common to the optics themselves, and more and more often rely on digital image enhancement. Nowadays, it is cheaper to equip a lens with a processor and appropriate correction algorithms than with special glasses or appropriate lens systems to eliminate lens design defects.

Until a dozen or so years ago, when we talked about lenses, we meant objects consisting of glass, plastic and metal, and the only element equipped with electronics were the mechanisms of automatic focus and possibly optical stabilization. But times are changing - today's lenses are equipped with their own processors and the appropriate control software (so-called firmware), which can, and should, be updated in exactly the same way as with smartphones or SmartTVs.

- Firmware has been present in lenses for a long time, there have been microprocessors and even operating systems in lenses for many years, but recently it has actually become a little louder about them, because electronics is entering the photographic industry more and more widely," says Newseria Innowacje news agency, Łukasz Jędrzejewicz, Sales Manager at Sigma ProCentrum.

Importantly, this type of software in the lens is not only used for systems responsible for focusing or stabilizing the image. Instead of eliminating the optical flaws in the lens as it used to be, its manufacturer develops the appropriate digital correction values needed to eliminate them and applies them to the firmware. This allows the lens attached to the camera to communicate with it and informs the imaging processor how it should correct the images taken with it. For example, if the lens has a drawback of the image brightness outside the center of the frame (so-called vignetting), the lens's firmware informs the camera's processor to what extent it should brighten up particular parts of the image.

This type of correction is much cheaper than using special, expensive types of lens glass or using more complicated optical systems. Paradoxically, however, one can say that contemporary lenses - if they were to be discarded from electronic support - are worse than constructions from a dozen or so years ago. The same trend of even stronger digitization applies to the cameras themselves.

- We see a clear tendency to eliminate mechanical elements from the apparatus. In fact, the fate of the mirror and mechanical shutter seems to be a foregone conclusion, everything begins to be based on broadly understood electronics," the expert explains.

As with other electronic products, lens and camera firmware can be updated. And it's definitely worth doing it, because the new firmware, for example, can improve the speed of focusing by 40%. But the changes can be even greater.

- A famous situation is the firmware, which appeared about 2 years ago at one of the manufacturers of mirrorless cameras, where from the level of new firmware, software update, basically a new camera was created - says Łukasz Jędrzejewicz.

Lens control software can be updated in several different ways, depending on the type of lens and its manufacturer. Sometimes it is enough to connect the camera with the lens attached to a computer connected to the Internet and follow the manufacturer's instructions, otherwise a visit to the service is necessary. However, the most interesting case is a special attachment for Sigma lenses, the so-called USB Dock. It also allows you to program your lens according to your individual preferences.

- It allows you to connect your lens to the computer, with the appropriate firmware provided by the manufacturer, we can make the appropriate settings, we can personalize your lens - says the chief sales officer at Sigma ProCentrum.

Today, according to the Camera & Imaging Products Association, just over 20 million digital cameras are distributed annually, almost six times less than in the industry's peak 2010. Apparently, sales of compact cameras have fallen, with more than 110 million units being distributed in 2010 and only 12.4 million last year. On the other hand, SLR and mirrorless cameras (two types of cameras with interchangeable lenses) have maintained a fairly even level of sales in recent years, although a downward trend can also be observed in the case of cheaper devices from these categories.